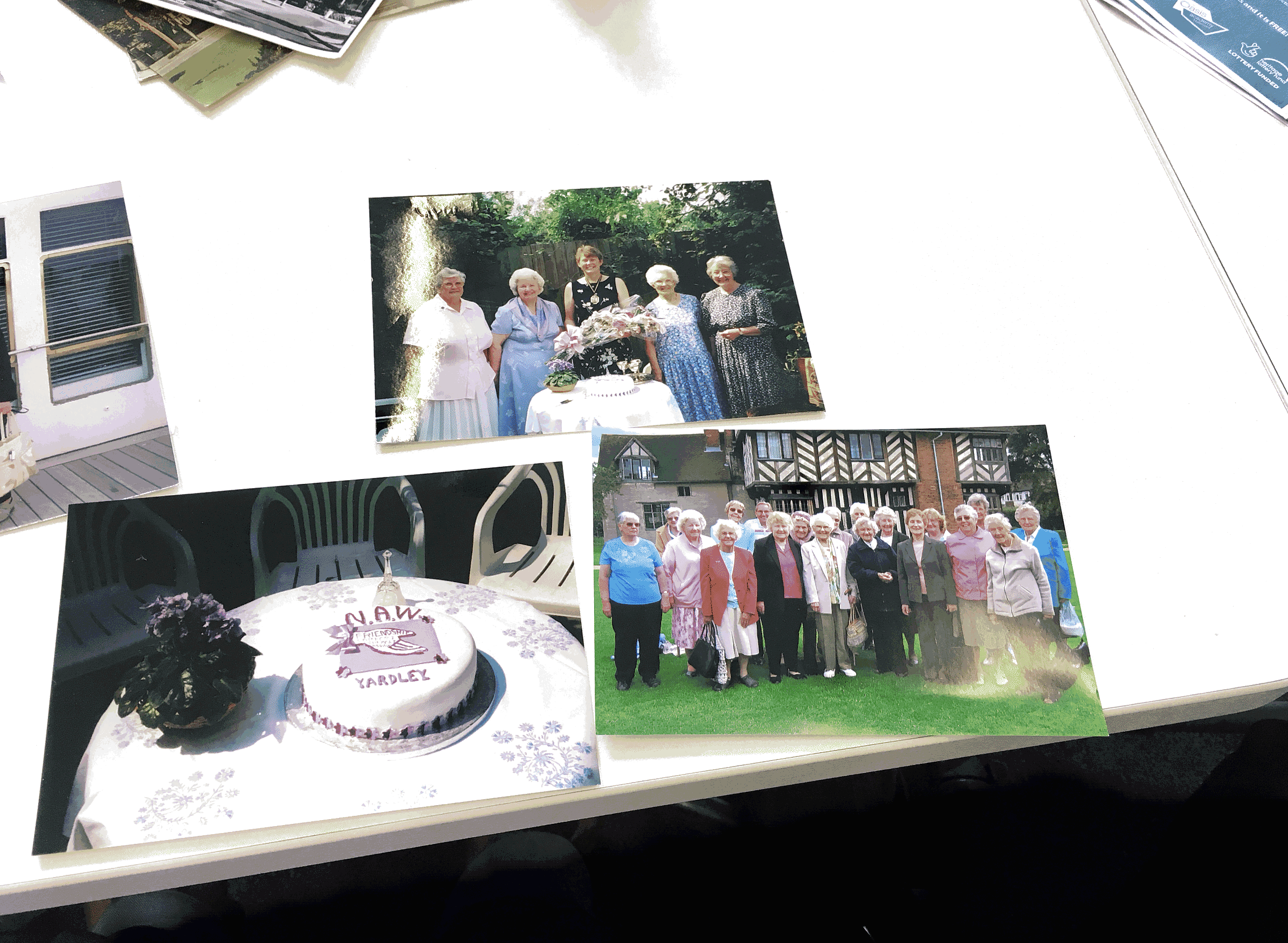 A photo depicting the 10 anniversary cake and founder members. Lillian Janet, Sue Anderson (previously mayor Birmingham) and Katherine Wyn. Meets once a month, but the group meet regularly as friemds and arrange group holidays together.

trips have included tulips in Amsterdam, Devon, Italy, all over.
The group provided a new collection of friends to Margaret after her husband died.

Given by Margaret Cleghorn current chair 2017