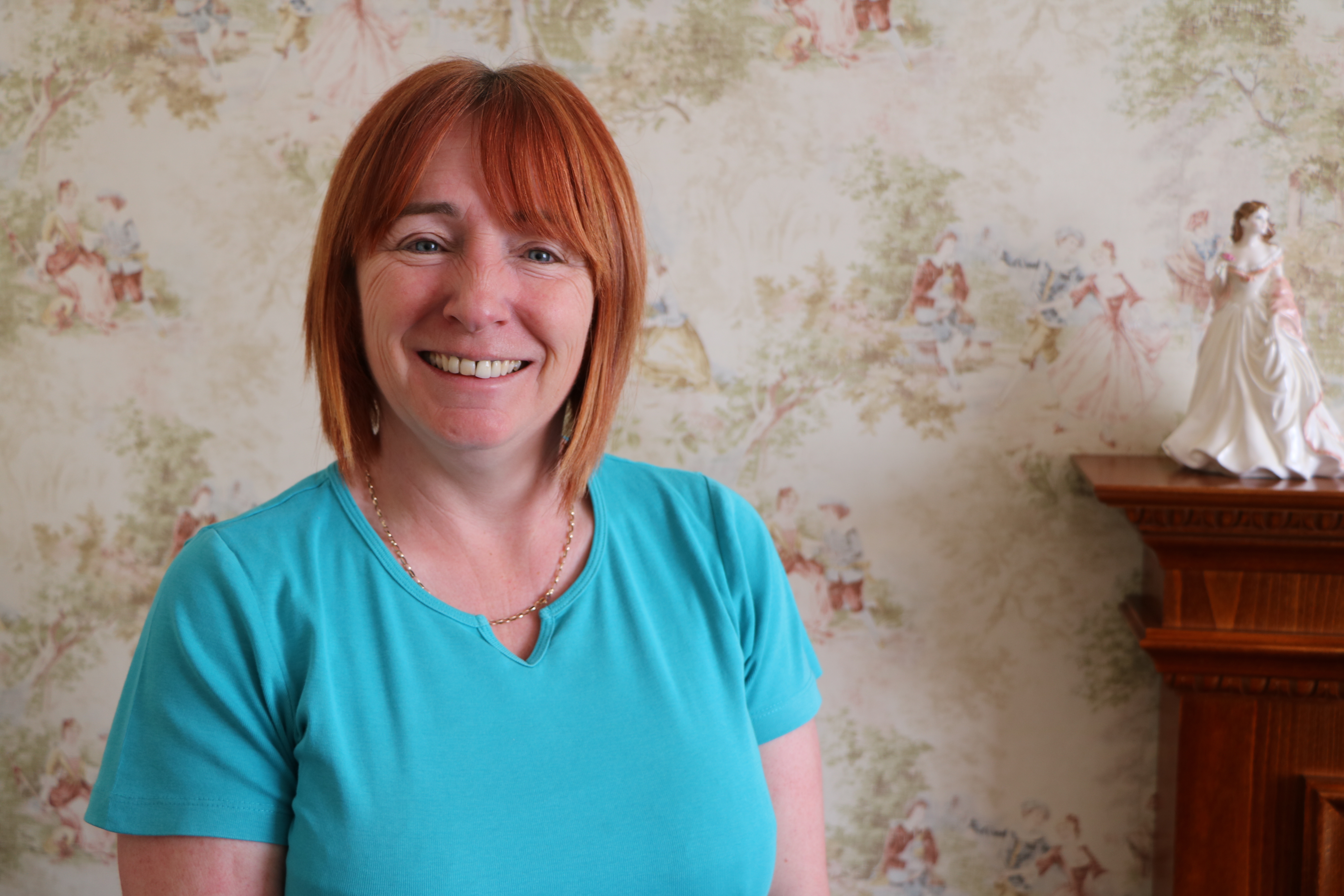 My name’s Oliver Scott and I’m interviewing you Debbie er on the Tuesday the 15th of May 2018 for the Histories at Hob Moor Project and it would be great if you could just start by introducing your full name and your date of birth.
Yes, my name is Deborah Norrey and my date of birth is er 19th of January 1966 and I was born in [0:23], Birmingham.
OK, great. So this project, Debbie, is all about Yardley, as you know. Erm … so I wonder if I could take you back to maybe your earliest memories and your earliest connections with Yardley?
OK. Well my connections with Yardley didn’t start till, I was probably in my twenties really, which is when I moved into Stuarts Road, erm … yeah, 1993. Moved into Stuarts Road, which is just right on the borders of Yardley and Stechford. Erm, that was with erm … my three children and my husband. Erm … but I had, I, I’d known, known about Yardley previously to that because I grew up in Stechford, so probably my earliest memory of Yardley is … hmm, I was probably about 10 and my dad took myself and my friend to Blakesley Hall museum. Erm … this was previous to, to the house being set up as erm, as yeoman’s house as it is now, so it was literally just a museum. So when you walked in it was erm … just things like cases with artefacts in them and a suit of armour. Erm … [pause] so it, it had no relevance to, to, to what it does now really. Don’t remember much about it. I do remember being in the garden and they had some bee hives … and bee hive boxes and they erm, um, we had a photo took by that, so that’s probably my earliest memory of Yardley, but then we moved in … erm … and the children were smaller so er we used to just go and do some shopping up at The Yew Tree … erm …